Thousands of VIPs will be allowed into England without the need to quarantine under plans to stop the final of the European Championship being moved from Wembley to Budapest, The Times can reveal. 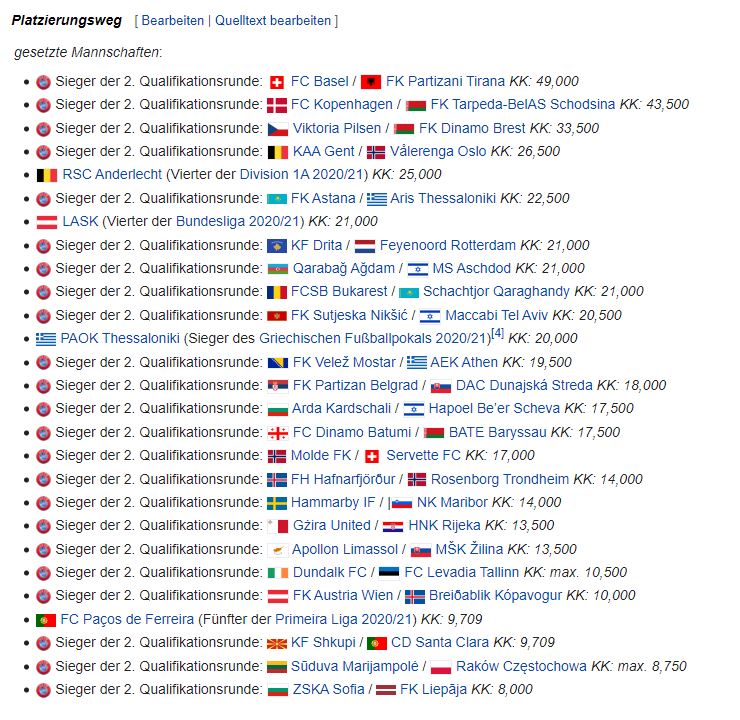 The UEFA Europa Conference League third qualifying round draw will be streamed live at 14:00 CET on Monday 19 July.

• Shamrock Rovers and the nine champions path second qualifying round winners (matches played on 22 and 29 July) will be drawn into ties without seeding. The first ball drawn designates the home team for the first leg.

• As decided by the UEFA Executive Committee, clubs from Bosnia Herzegovina and Kosovo cannot be drawn against each other.

• The winners of the matches on 5 and 12 August will advance to the champions path play-offs.

• The nine teams entering at this stage will be joined by the 45 second qualifying round winners.

• The clubs are divided into six groups of eight teams (Groups 1 to 6) and one group of six teams (Group 7). Within each group, the teams are divided into an equal number of seeded and unseeded teams, in accordance with the club coefficient rankings established at the beginning of the season.

• The procedure is then repeated for Group 7, where the clubs are randomly assigned a number from 1 to 3 for the seeded teams and 4 to 6 for the unseeded teams. In all seven groups, the first ball drawn designates the home team for the first leg.

• Teams from the same association cannot be drawn against each other.

• The winners of the matches on 5 and 12 August will advance to the main path play-offs.

Please be aware of the special rules applicable to the qualifying phase and play-offs of the competition due to COVID-19, which can be found here.

In regards to travelling fans being admitted to matches, more information can be found here.